Athens, Greece, June 10, 2016. The Chairman of Capital Maritime & Trading Corp., Mr. Evangelos Marinakis, received the  “Xenakoudis Excellence in Shipping Award” by the International Registries, Inc./The Marshall Islands Registry. Mr. Marinakis was commended for his ongoing commitment to upholding outstanding values in the shipping industry, such as faith, hope, and most of all, trust and commitment to people. The award was presented at the Posidonia reception of the IRI/Marshall Islands Registry on June 9, 2016 at the Ble Azure Club in Alimos at the Athens Riviera.

Mr. Theofilos Xenakoudis, Director, Worldwide Business Operations of RMI, commented: “It is the first time that we present “the “Xenakoudis Excellence in Shipping Award”. It is offered to a special individual, who fulfills many criteria. The Marshall Islands Registry recognizes the importance of safety, security, technology and environmental awareness and strives to commend tremendous contributions to the industry by its ship owners and operators. We are honored to award someone tonight for his ongoing commitment to upholding these outstanding values in the shipping industry and we will present him with the first “Xenakoudis Excellence in Shipping Award”.

Mr. Evangelos Marinakis has personally a successful track record of more than 25 years in shipping and capital markets, having successfully completed 2 IPOs and having grown Capital group of companies throughout the shipping cycles, while at the same time maintaining a strong balance sheet. He is the architect of Capital's diversification from a dry bulk company 2 decades ago into a product, crude tankers and container vessels company, having repeatedly and successfully timed the newbuilding and secondhand asset markets.

Recently Capital was awarded with the GREEN4SEA Excellence Award 2016 for demonstrating environmental excellence and safety performance above average. Capital was distinguished for its strategy with a focus on environmental, as well as safety and energy management performance.

In 2014, Mr. Evangelos Marinakis was elected first member of the Piraeus municipal council on the ticket of the new mayor, Yannis Moralis, with a large percentage of the vote. Finally, the awardee holds a special place in the life of Greek shipping's home port of Piraeus due to his chairmanship of the Olympiacos, which is a successive Greek champion.” 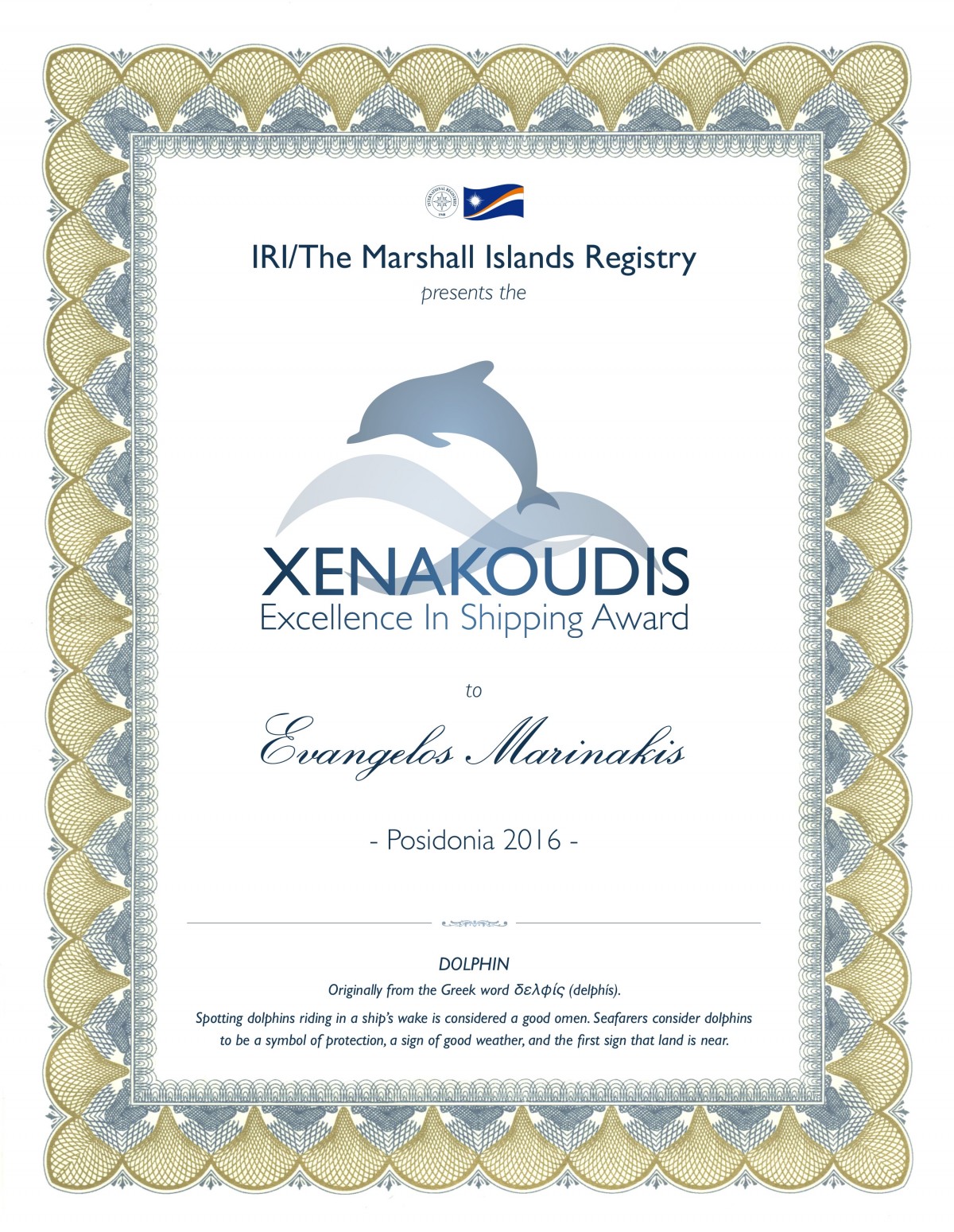